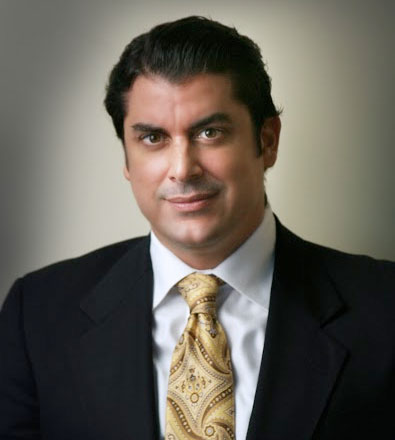 Otto E. Bergés is a well-rounded attorney having practiced in various areas of the law with a significant portion of his experience derived from several litigation subspecialties including, but not limited to: consumer advocacy, foreclosures, commercial litigation as well as construction defects, automobile/trucking litigation, wrongful death, medical malpractice defense, professional errors & omissions, and risk transfer.

Some of Mr. Bergés’ past legal experience includes having worked for the Miami law firm partnered by former Mayor Manny Diaz. He has litigated over a wide range of corporate litigation matters on both plaintiff and defense sides and has had the distinct privilege of joining some of Florida’s most prestigious and well-established firms before opening his first law practice. Over the following years, this law firm represented lenders and other financial institutions in foreclosures of mostly commercial, investment real property while Mr. Bergés individually obtained judgments in the various tens of millions of dollars. However, with the downturn of the economy and his experience learning firsthand the effects of monetary hardships on so many individuals and their families, Mr. Bergés decided to focus his now current law practice on issues facing the American public.

Furthermore, Mr. Bergés is admitted to practice law in all Florida state courts as well as to the United States District Courts for the Northern, Middle, and Southern Districts of Florida. He is a member of the Dade County, Palm Beach County, Orange County, Florida, Michigan, New York State, and the American Bar Associations. Mr. Bergés is fluent in Spanish and conversant in Italian. Currently, he serves in the Acquisition Council for the Norton Museum of Art in Palm Beach County where he resides.

Mr. Bergés holds the honor of being included numerous times in Florida’s Law & Politics Super Lawyers publication, an achievement attained by less than 5% of all attorneys. He also holds an AV rating by Martindale-Hubbell, the highest possible classification for attorneys recognized for their level of professional legal excellence.

The firm’s attention to detail and thorough understanding of each case means that we can often come up with creative alternatives to litigation in order to resolve your dispute quickly and efficiently, with equally good financial results. Litigation is often expensive, not only in terms of financial costs, but also as a drain on your time and emotional energy. Our experience enables us to fully evaluate and accurately value each case, giving us good leverage in negotiating an appropriate settlement or relying on a form of alternative dispute resolution, such as mediation or arbitration, to help you get your case resolved quickly. Of course, when trial is necessary, we have the experience and resources you need to present a compelling case to a judge or a jury. 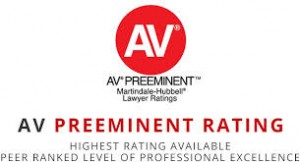 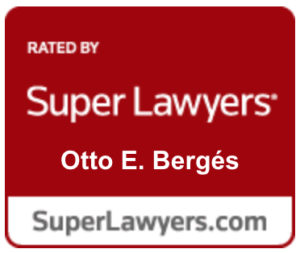